Now that the buyout of FOX by Disney has been finalized, fans everywhere are wondering how characters like the X-Men and Fantastic Four will be introduced into the MCU. Will the events of Avengers: Endgame have a direct impact on these new characters or will their introduction come further down the road?

When the news initially broke regarding the FOX-Disney merger back in 2017, I wrote a similar article to this one regarding how Marvel would incorporate these new characters into the MCU. While the theories put forth at the time, more MCU films have been released that have changed the game, most notably Ant-Man & The Wasp. While the film’s main plot may not have been the greatest, the further revelations regarding the Quantum Realm will weigh heavily into my newest theory.

During Ant-Man & The Wasp, Hank Pym is able to travel into the Quantum Realm to rescue his wife, Janet Van Dyne, who has been stuck there for decades. While in the Quantum Realm, Janet reveals to Hank that this dimension has fundamentally changed her, showing off strange new powers, including a sort of psychic link with Scott Lang with the aid of the theory of Quantum Entanglement. The premise of the Quantum Realm and its energy being potentially mined for an energy source by characters in the film paired with the theory that its energy can seemingly “mutate” human beings makes for an interesting idea of how mutants can be introduced into an already-established universe. 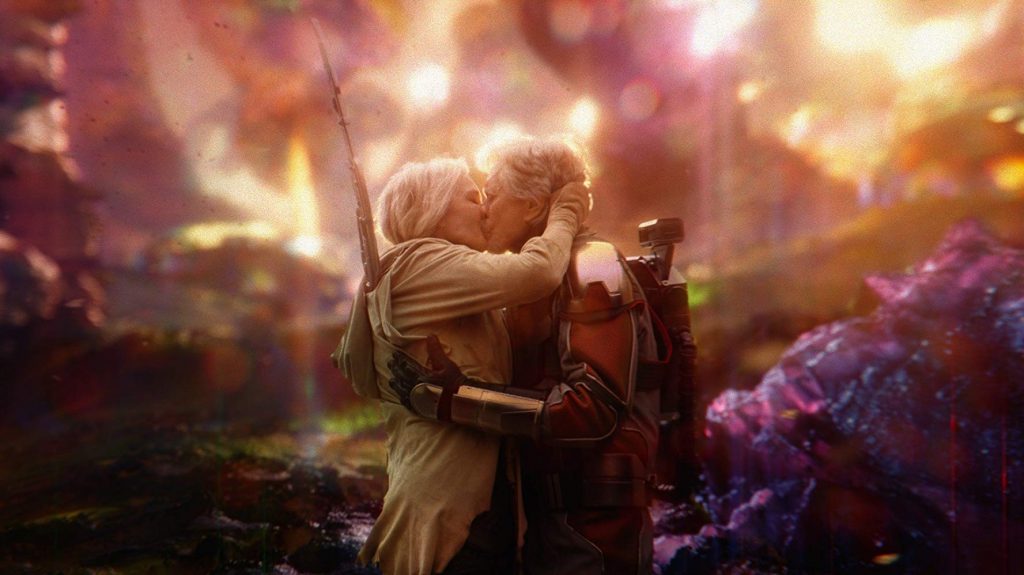 The Avengers: Endgame trailers have shown the heroes wearing versions of Quantum suits, lending to the belief that the Quantum Realm will be a very important part of the film. Could the events of Endgame lead the way to mutation? In theory, if the planet were exposed to Quantum Energy in some kind of mass explosion or event, the premise that certain individuals could be genetically mutated just like Janet was is certainly plausible. Much like in Marvel’s Agents of SHIELD and the now-cancelled Inhumans series, the Terrigen Mists gave normal human beings with Inhuman DNA their powers, so the idea of Quantum Energy or radiation mutating other humans based on their DNA makes sense. If this theory is correct, Janet will be recognized as the MCU’s first true mutant, even though the FOX rights weren’t currently owned by Disney at the time. An argument can be made to say that Scarlet Witch and Quicksilver could also retroactively be called mutants, but it seems that their powers came from an Infinity Stone rather than genetic mutation.

So let’s continue on and assume this theory is correct. Knowing that the people who are affected by this new wave of mutation will be the first generation of mutants in the MCU, how will classic X-Men actually be introduced? Characters like Magneto and Wolverine have vast back stories. Magneto classically had his powers as a child while being held in a Nazi concentration camp. Wolverine, in the comics, knew Captain America during World War II. Creating brand new versions of these characters will make it impossible for these characters to have had any kind of previous experiences as mutants, essentially eliminating a massive amount of possible storylines to be portrayed in future films.

Regardless of how it actually plays out, the idea of Quantum Energy causing genetic mutation is a solid theory that has a lot of evidence in which it can be supported. Conversely, another possibility could come directly from the Infinity Gauntlet and accompanying Infinity Stones. While Thanos currently is in possession of The Gauntlet after “The Decimation” in Infnity War, the Avengers are coming back after him, seemingly via the Quantum Realm. But could Thanos inadvertently create mutants during a battle or display of his powers? Or could he somehow merge dimensions, ushering in the current cast of characters from the past FOX X-Men franchise?

If I were a betting man, I would bet my bottom dollar that Kevin Feige and Co. are going to re-cast for the new versions of the X-Men. I personally interviewed Hugh Jackman and asked him if he was done playing Wolverine. The old cast is finished. Period. Though X-Men: Dark Phoenix and New Mutants are yet to be released, plans for new movies with new actors are assuredly already in motion. Though it will be strange to see someone else slicing up fools with Adamantium claws other than Hugh, it’s essential that these new actors are great fits for their roles. Assuming my theory is still true, these new versions, while not having their classic back stories in some cases, will have opportunities for new origins and new takes on their stories. This aspect is a great way to breathe new life into characters that we’ve seen amidst the ever-changing continuity of the FOX X-Men universe. 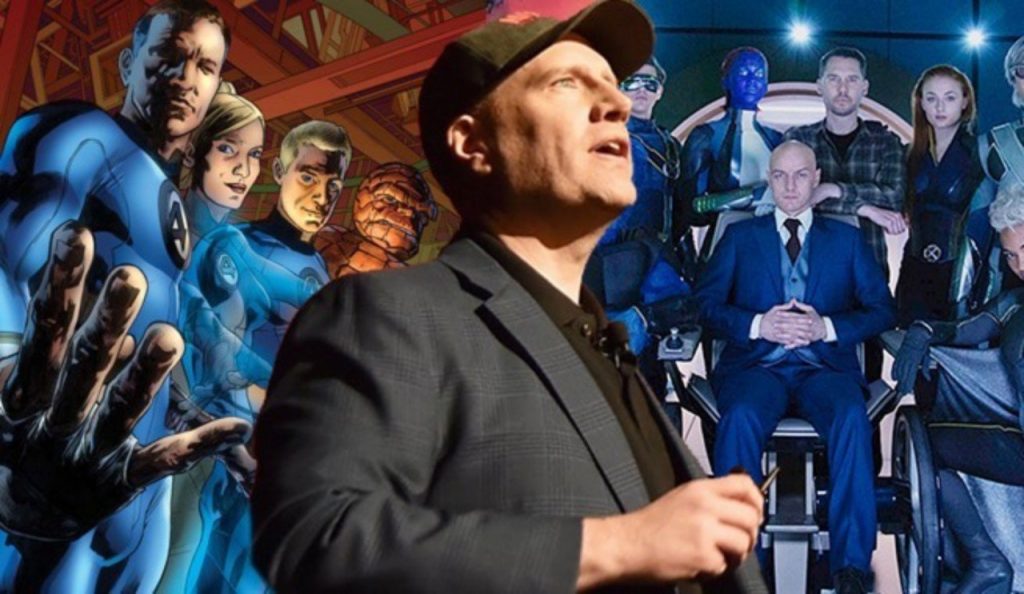 Now that we’ve gone over the mutant theory, let’s take a look at the Fantastic Four. While the classic origin of the First Family of Marvel has the foursome gaining their powers via cosmic radiation, Quantum Energy could also come into play here. Reed Richards could have purchased Avengers Tower, as its seen in Spider-Man: Homecoming being emptied out as the Avengers have moved to a new facility. The idea of Reed buying Avengers Tower and studying Quantum Energy adds more connective tissue, tracing them back to the first Ant-Man film and the first mention of the Quantum Realm. Being able to retroactively connect a brand new property to a film that came out years before will make for a very smooth integration of the new characters.

Along with the Fantastic Four comes other characters like Doctor Doom, Silver Surfer and Galactus. Having Doctor Doom and his fictional country of Latveria as a foil to not only the Fantastic Four but also to characters like Black Panther and Namor the Sub-Mariner (whom I bet will be coming soon) can help to establish him as a major presence in a post-Endgame universe. Assuming Thanos is either defeated or relegated as a non-threat after Endgame, the villainous void will need to be filled. Enter Galactus, the Devourer of Worlds. Tying him into MCU lore like designating him as a being like a Celestial or an Eternal is an easy way to connect him to the MCU while building him up as the next great cosmic threat. An Eternals movie is on the way and more space-based films are coming as well with Guardians 3, any Captain Marvel sequels or any other characters that might be introduced like Nova or Adam Warlock. A major cosmic threat will be needed for the more intergalactic heroes to combat. 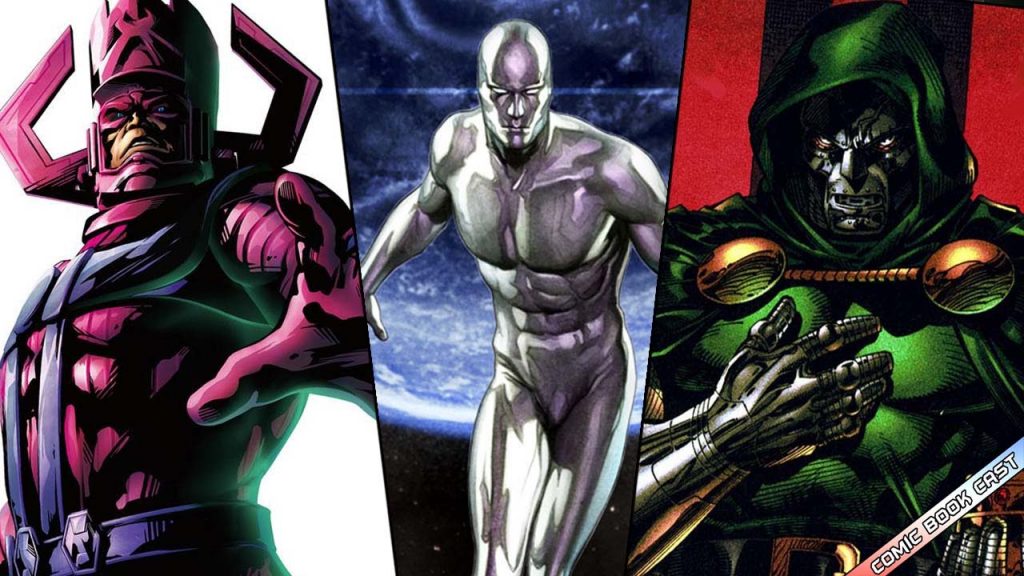 Fittingly, the most likely issue comes from adding Deadpool into these films. His R-rated nature would have to be toned down to be able to share screen time with other Marvel heroes, possibly at the detriment to his character. However, it’s possible that he won’t cross over into other films, instead having other characters show up in his films. It would be great to see some of the lesser MCU characters get to let loose in a Deadpool movie. Deadpool would be free to make jokes and references to the old X-Men and the new actors playing the characters while maintaining his own space on the outskirts of the MCU. However, if the current version of Deadpool does come over, it makes for continuity issues of the rest of the mutants are all brand new. Deadpool wouldn’t have been in the Weapon X program at all and would have never known any of the other X-Men. Thinking about this premise will certainly make you feel like Doc Brown.

As we await Avengers: Endgame and the impending fallout from its events, any numbers of theories regarding the introduction of the new characters are all plausible in their own ways. Whether by reality warping, dimension merging or Quantum Energy, mutants and genetically mutated characters will be making their presence felt on the MCU very soon, changing the landscape of the franchise in a very major way. The limitless possibilities of character interaction and story lines make for an exciting outlook of the future of the MCU heading into the coming phases of films to come. No matter how it happens, it’s happening, and soon. 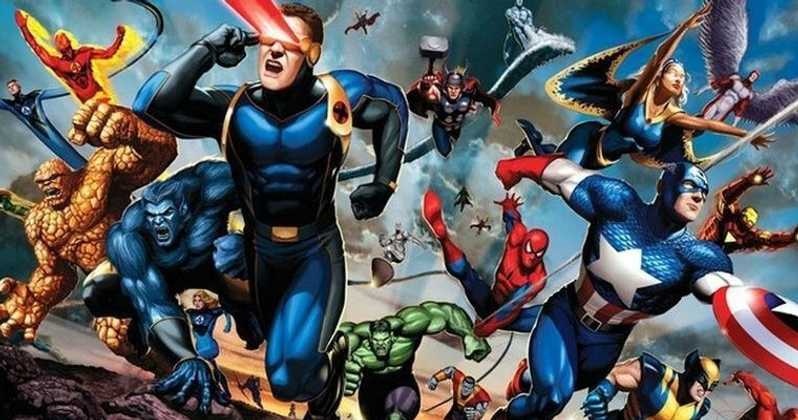 Let us know your theories on how Marvel will integrate characters like the X-Men, Deadpool and Fantastic Four into the MCU. Do you agree with the Quantum Theory that was presented in this article? Leave your thoughts in the comments section.