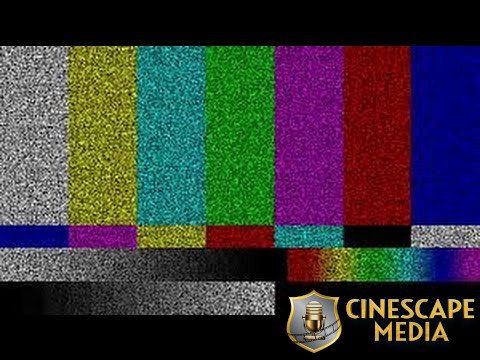 There’s nothing better than finding the next great TV show to watch. With streaming services like Netflix, Hulu, Amazon Prime or any of the abundant digital platforms pumping out content on the reg, there’s no shortage of shows from which to chose.

Because of the sheer amount of content out there, it can often be a daunting task finding that one show. And if you have a significant other, agreeing on a show can be even more difficult. Fear not! as I’ve compiled a list of 10 shows from the past 10 years that I highly recommend (in no particular order). 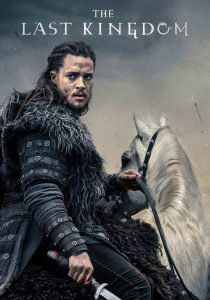 Based on The Saxon Stories series of novels, The Last Kingdom follows the story of Uhtred Ragnarsson, a young man taken hostage by Danish raiders and raised as a Norseman. Uhtred’s path leads him into battles and conflicts among various pre-English kings & nobles as well as the Danes in his quest to reclaim his family’s lands and titles.

The Last Kingdom’s historical backdrop paired with intense battles, political intrigue and character development help to continue the medieval-style of programming left vacant by the series finale of Game of Thrones. There are some time jumps that aren’t explained from time to time and some of the dialects are hard to understand, but this is definitely a series that I would recommend checking out. 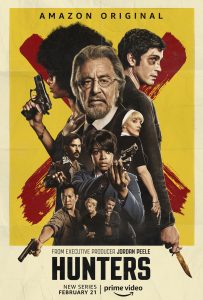 Logan Lerman stars as Jonah Heidelbaum, a young Jewish man in 1977 New York. After his grandmother is murdered in her home, Jonah’s quest for justice brings him into the company of Meyer Offerman (Al Pacino) and his team of Nazi-hunters trying to stop the rise of the Fourth Reich in America. Note: Due to the nature of this story, Holocaust imagery should be disturbing for all viewers. 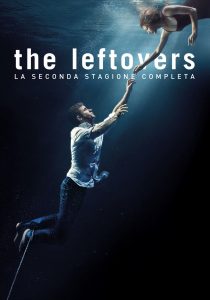 If you’re aware of how Damon Lindelof operates (hello, Lost fans), you’ll know what to expect from one of his creations: heady, disjointed, mysterious storylines with meh endings.

The Leftovers brings to screen an interpretation of The Rapture, showing the effects of large numbers of people vanishing into thin air and how the “survivors” are left to cope. Series stars Justin Theroux, Carrie Coon, Ann Dowd and the entire supporting cast play intense characters in this supernatural drama. Watch this one with another person to compare notes, it can get a bit confusing at times. 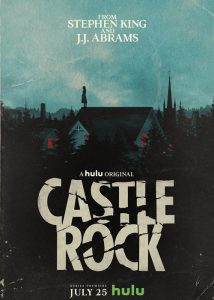 Castle Rock is an anthology series based on the works of author Stephen King. The series is jam-packed with nods to and easter eggs for numerous King works including: The Shawshank Redemption, Misery, Salem’s Lot, Cujo, The Shining and many more.

Each season tells different-yet-interconnected stories with star-studded casts. The mystery, drama, suspense and callbacks to other King works make for wonderful, contained stories that any King fan will appreciate. 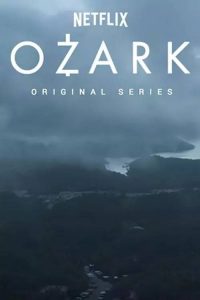 Quite possibly my favorite show on this list, Ozark hit Netflix back in 2017 and has since gained a huge cult following. Jason Bateman, Laura Linney, Julia Garner, and the rest of the cast do an impeccable job at sucking you into their world and never ceasing to find new sources of drama and danger.

Jason Bateman’s full range of chops are at play here, going from an actor primarily known for comedy to a dark, brooding character. Laura Linney’s stone-cold demeanor really ramps up during season 3 while Julia Garner’s Ruth Langmore is a feisty, foul-mouthed fan favorite. The chemistry of the cast paired with intricate story arcs make for an incredible series. 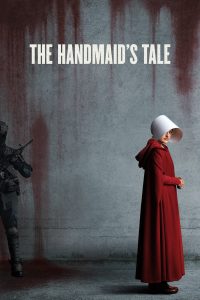 Based on the 1985 novel of the same name, The Handmaid’s Tale is a horrifying look into a dystopian future where extreme religious zealots take over the US and force its women into a life of servitude, forced breeding, rape, violence, torture and death.

Elizabeth Moss as well as the rest of the handmaids play characters in a story that’s frankly heartbreaking to watch. The level of extremes that the show goes make for pulse-racing scenes and will have you on the edge of your seat in suspense. 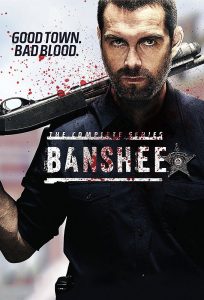 Another strong candidate for my favorite show on this list, Banshee was one of the most EXTREMELY underrated, unknown shows of the past decade. This show had it all: drama, action, extreme violence, sex, drugs, nudity…and the AMISH MAFIA. Yes, that’s right, the Amish EFFING Mafia.

This show is just so good that my description of it really won’t do it any justice. Go watch it. Right now. 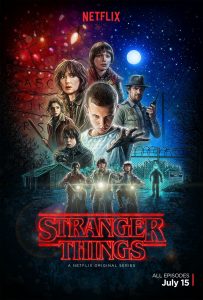 The Duffer Brothers struck gold when season 1 of Stranger Things hit Netflix back in 2016. Stranger Things blends the best 80s pop culture with a fantasy backdrop in ways that will hit your nostalgic “feels” if you were lucky enough to have lived in the time period.

The cast of youngsters make for comedy gold and a coming-of-age story arc adds a sense of grounding amidst the demogorgons and shadow monsters from The Upside Down. Winona Ryder and David Harbour add a veteran presence to round out a glorious cast. 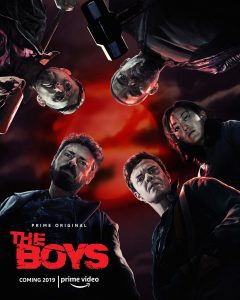 The Boys takes the super hero genre and completely turns it on its head. Not only does it tear down the heroic facade, but it really makes you wonder how people would actually behave in reality if they did have super powers.

The Boys is perfectly cast, super violent, gritty and has enough dark humor to make a prude person blush. 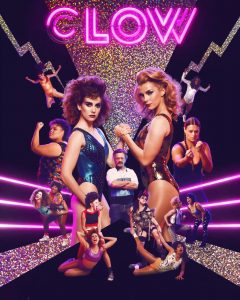 GLOW is equal parts extreme fun & dark dramedy. The Gorgeous Ladies of Wrestling are insanely fun to follow; from the formation of the league, creating and developing characters, training, and all the drama in between.

Fans are sure to have differing favorite characters. But let it be said that Marc Maron plays the PERFECT slimy scumbag with a heart of gold. These ladies certainly rock! 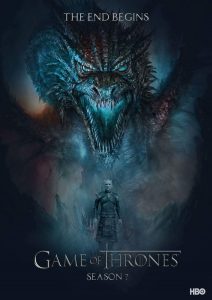 Let’s be real here: Game of Thrones isn’t only one of the best shows of the past 10 years, but one of the best shows of all-time. I don’t want to hear your whining and complaining about the rushed final season, the visual darkness of the Battle for Winterfell, Dany’s heel turn or the finale. I’ve had my own ups and downs with the show and they’re well-documented.

But if we take a step back and really look at the series as a whole, it’s quite a spectacle. This series, based on the A Song of Ice and Fire series of novels by George R.R. Martin, took the world by storm and became such a staple of pop culture that people named pets and children after characters from the series. Let’s give Game of Thrones the respect it deserves.

Mics of the Round Table

Welcome to Mics of the Round Table presented by Cinescape Media, where we’re going to set the table with topics from all areas. 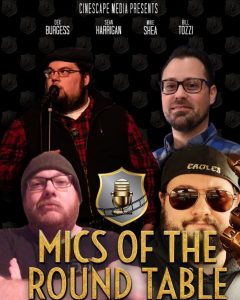