Mötley Crüe took the world by storm with their aggressive musical style, loud outfits and notorious behavior. Netflix has decided to bring their story to life by dishing out “the dirt” on their rise, fall and resurrection.

If the dictionary had a definition for the phrase “Sex, Drugs and Rock & Roll”, a picture of the Crüe would surely appear on the page. Nikkie Sixx, Vince Neil, Mick Mars and Tommy Lee epitomized the rock & roll lifestyle with their insane party lifestyle. Whether or not the events depicted in this film are 100% true or not, The Dirt is a wild ride from start to finish that will leave you captivated and ready to blast Kickstart My Heart as soon as the film ends. 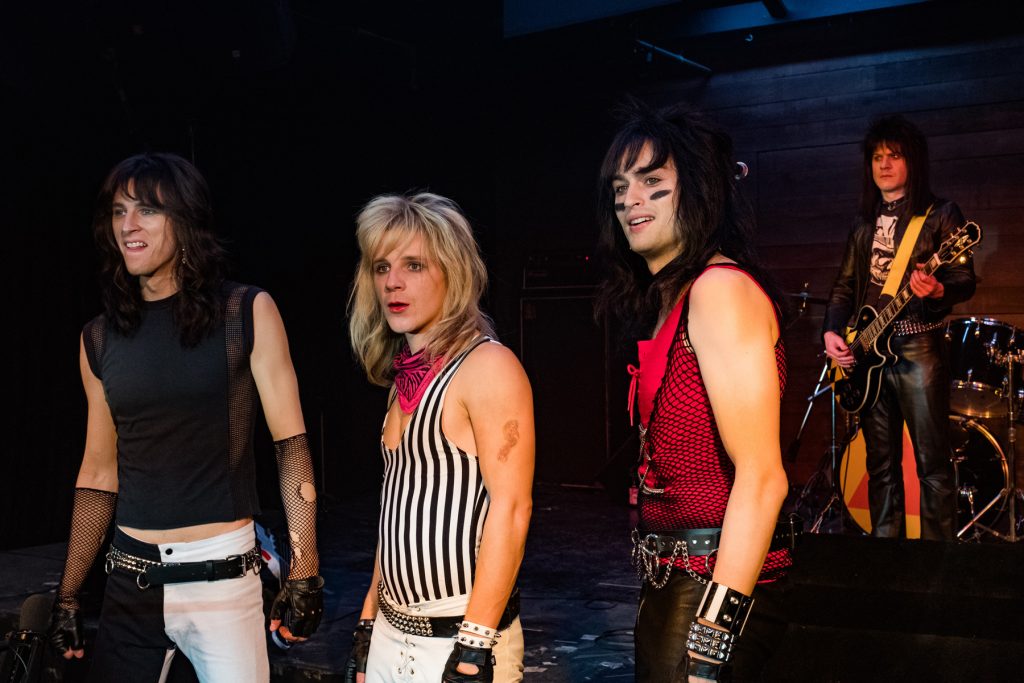 The Dirt does an amazing job telling the backstories of both the band and its individual members, chronicling their most intimate moments backstage and at home. No topic seemed to be off the table, as events like Vince Neil’s car accident that killed Hanoi Rocks drummer, Razzle and the death of his daughter, Skylar are depicted.  Each character’s stories are interwoven together masterfully, leading to incredible character development that makes viewers root for these guys despite the despicable things they’re shown doing.

The actors that portray Mötley Crüe (Machine Gun Kelly, Iwan Rheon, Douglas Booth, Daniel Webber) do an incredible job. Their mannerisms, deliveries and on-stage performances echo the real thing perfectly. It’s apparent that each actor really did their homework while prepping for their roles. The end credits show film re-enactments alongside archival footage of the real-life version, and it’s often difficult to figure out which clip is the real one. 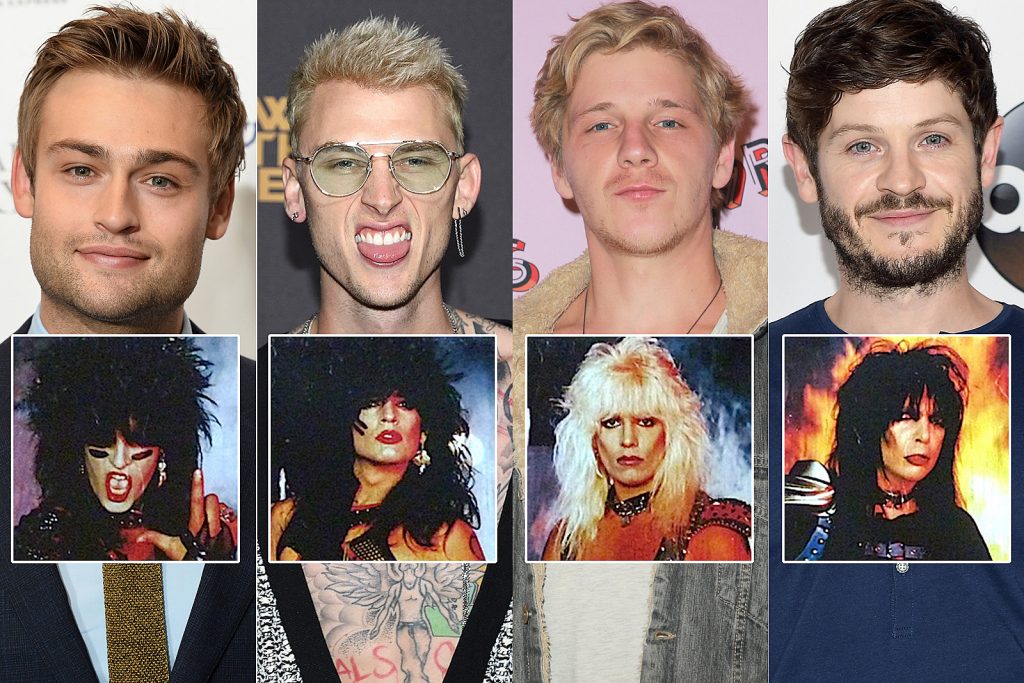 Speaking of the actors, let’s get into each one and their performances. 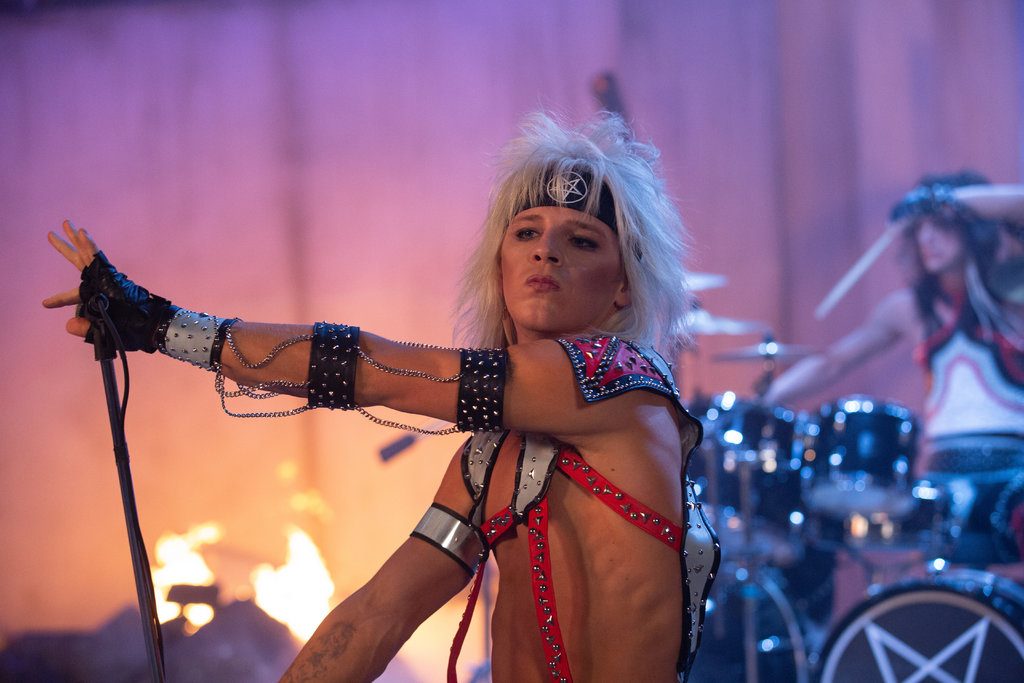 The heart-throb singer of Mötley Crüe, Neil as a character both progresses and regresses time and again, as he’s constantly falling back into bad habits. The tragic events that shaped Neil’s life such as the aforementioned car accident and death of his daughter were powerful moments in the film, giving insight into his struggle with sobriety and loss.

Webber really dug deep while showing Neil at his lowest moments while also turning on the charm, mastering the duality of the character. There were so many moments where Neil’s character went from the level-headed family man to an alcohol-soaked lush, highlighting his addictions. His reunion with the band after his subsequent exit was an uplifting moment for his arc. The most heartbreaking moment came from the death of his daughter, Skylar. Watching her beg her father to take her home and seeing her so terrified was tough to watch, adding to Neil’s downward spiral. 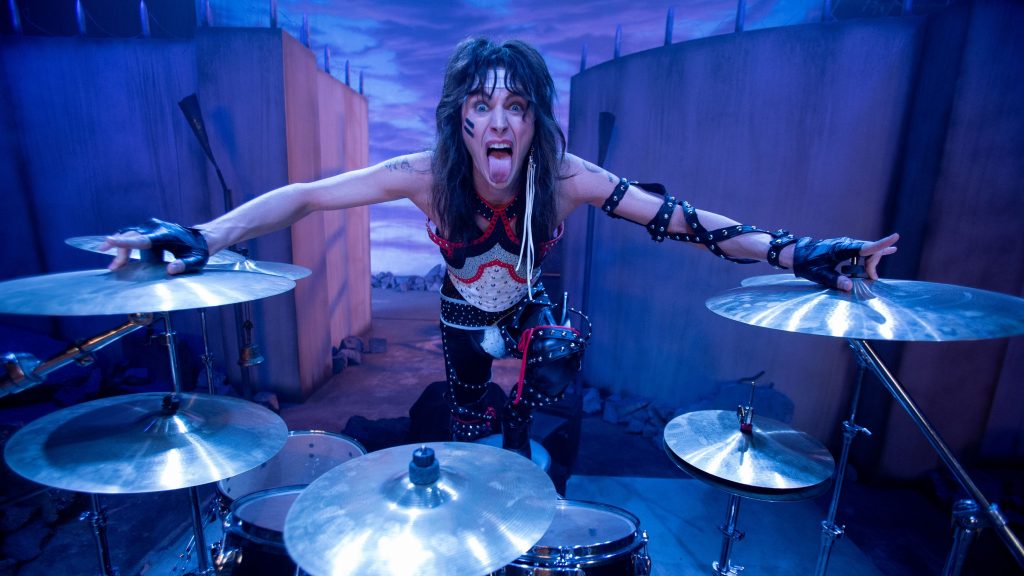 Whether you’re a fan of his music or not, Machine Gun Kelly aka Colson Baker absolutely kills it as Tommy Lee. The youthful, exuberant Mötley Crüe drummer, Lee quickly goes from a teenager living at home with his parents and sister to one of the biggest rock stars in the world. Machine Gun Kelly (MGK, for short) nails his portrayal of Tommy, matching his charisma and enthusiasm. Ever the partier, Tommy asserts himself into a leadership role many times throughout The Dirt, adding a layer of responsibility amidst all of the madness and chaos that fame brings.

MGK also hit the more dramatic and controversial aspects of Tommy’s character, showing him punching his fiance in the face on the tour bus and getting caught cheating by his then wife, Heather Locklear. MGK’s portrayal added fun to the band whereas large portions of their time together were full of drug use, addiction and controversy. Who wouldn’t want to see a spinoff film of his time in Methods of Mayhem, his marriage to Pamela Anderson and sex tape controversy? 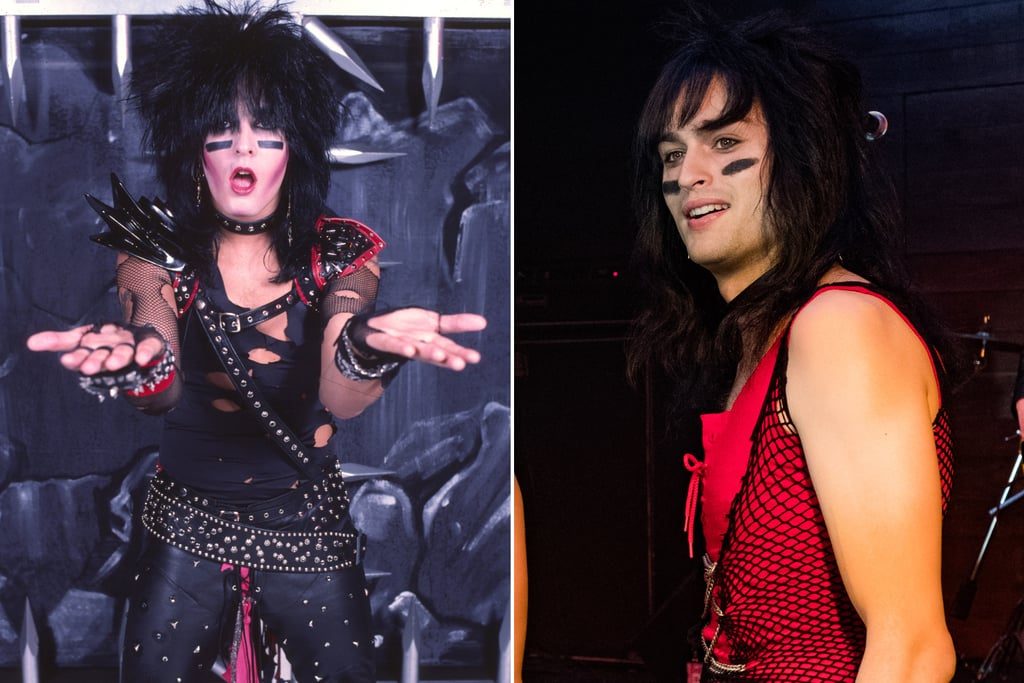 While films like Jupiter Ascending or Pride, Prejudice and Zombies may not have pushed him to A-list status, Daniel Webber’s portrayal of Mötley Crüe bassist Nikki Sixx was nothing but powerful. Nikki is arguably the lead character of the film, with his story garnering a large portion of The Dirt’s runtime. From his beginnings as an angry child, Nikki legally changed his name from Frank Feranna Jr to Nikki Sixx. Whether it was his tough family life or his feelings of abandonment, Nikki’s upbringing helped to shape the man he would later become.

Starting drug and alcohol use as a teenager, his addictions would nearly kill him many times. Nikki was the defacto leader of the band, and his struggles with his demons added to the band’s issues. Webber’s strength came from his ability to really fall into the darkness in which the actual Nikki Sixx found himself enshrouded. Sixx’s redeeming moment came in the form of his apology to Vince for his behavior at his first wedding, as Sixx was his best man and was extremely intoxicated to the point of falling down and passing out. 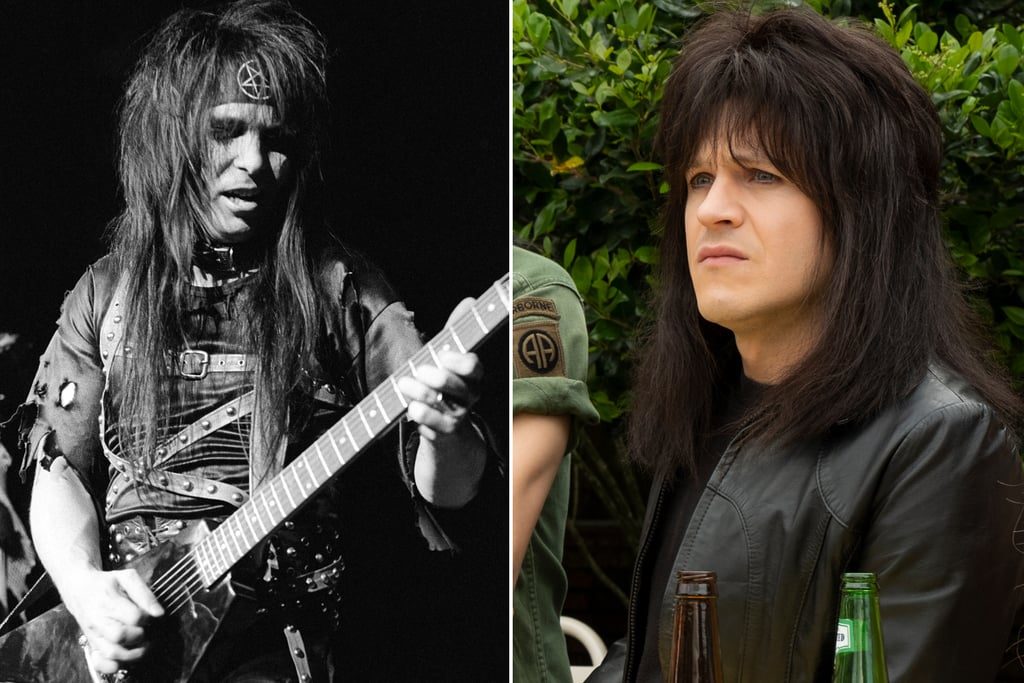 Perhaps the most subdued member of Mötley Crüe, Mick Mars is the resident old man of the group. Portrayed by Iwan Rheon, best known as Ramsay Bolton on HBO’s Game of Thrones, Mick’s story line saw the least amount of screen time, as his main plot involved his diagnosis and struggle with Ankylosing Spondylitis, a form of debilitating arthritis . Mick’s constant pain and wherewithal to fight through it was subtly but strongly brought to life by Rheon, as his on-stage performaces never suffer.

Mick’s quiet demeanor made for humorous moments when he would break kayfabe and drop in a one-liner or insulting jab. Because of Mick’s lack of individual screen time, his story saw the least amount of development. However, his character stayed the most consistent through The Dirt, which was a nice counter to the crazy partying of the other three Mötley Crüe members. Though Mick is usually seen with a bottle of vodka, his drinking never seemed to be an issue at any point, making him the least controversial member of the band.

The Dirt is not a movie you want to put on with the family in the room. The graphic nudity and sexual situations accompanied by constant drug use, cursing and other various crude imagery make for a film you’ll want to watch while the little ones are in bed. The vulgar nature of this film, however, is 100% warranted and needed, as the story wouldn’t have been able to be told without it. After watching this film, it’s hard to understand how these guys survived and went on to tour for more than three decades.

Putting things into perspective and viewing this film believing that all events depicted within it are true, this story of insane. The sheer amount of drugs and alcohol consumed by Mötley Crüe is a medical marvel, frankly. Moreover, the incredible amount of adversity that these brothers overcame is equally as marvelous. The Dirt is the absolute spirit of Rock & Roll embodied into film. Period. This film is loud, vulgar, obscene, dramatic, heart-breaking and a whole lot of fun wrapped up in a nice package. So strap on some leather, tease your hair and put on your highest heels, because Mötley Crüe is here to kick some major ass! 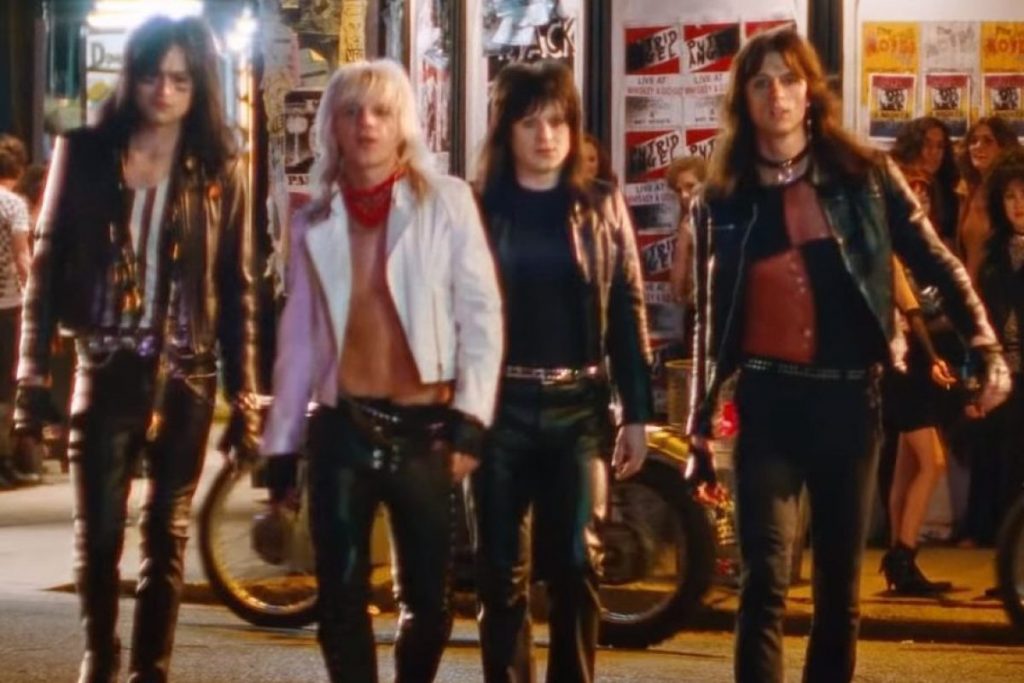