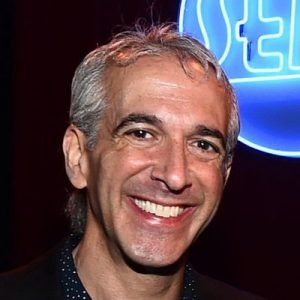 Recipient of the ICG Publicists Guild Press Award (honoring outstanding entertainment journalism), Scott “Movie” Mantz is the co-Founder of the LA Online Film Critics Society, and from 2000 to 2018, he was the resident Film Critic and 5-time Emmy-nominated Film Segment Producer for “Access Hollywood” and “Access Hollywood Live.”  He is also a longtime member of both the Producers Guild of America and the Broadcast Film Critics Association.

Recently, Mantz hosted the weekly film shows “Movie Review Talk” and “For Your Consideration” for Collider, and he co-hosted the Facebook Watch film series “You Know That Scene” for Focus Features.

In 2017 and 2018, Mantz hosted the Official Golden Globes Red Carpet Preshow for the Hollywood Foreign Press Association, and he moderated highly-viewed Facebook Live press events for blockbusters like “Incredibles 2,” “Spider-Man: Homecoming,” “Beauty and the Beast” and “Blade Runner 2049.”  He is also the host and instructor of “Star Trek: Inspiring Culture and Technology,” an online course produced by the Smithsonian Institute.

All year long, Mantz is an in-demand moderator of panels, press conferences and post-screening Q&A sessions with filmmakers and acting talent, particularly during Awards Season. This past season, he moderated numerous Q&As for many Oscar-winning films, most notably “Green Book,” “Bohemian Rhapsody,” “Spider-Man: Into the Spider-Verse” and “Free Solo.” Mantz is also the regular host of in-theater programming for Fathom Events.

During his tenure with “Access Hollywood,” Mantz orchestrated the show’s coverage of all things film, including red carpet premieres, press junkets, set visits and film festivals (Sundance, Toronto, SXSW, Telluride, and Cannes).  His on-camera movie reviews also appeared on various national platforms, including the monitors at gas-pumps, supermarkets, and taxicabs.

Over the years, Mantz has been a regular contributor of reviews and film commentary for “The TODAY Show,” Headline News, CNN, National Public Radio, KNBC-Channel 4, KTLA-Channel 5, KTTV-Channel 11 and the PBS movie review series “Just Seen It.