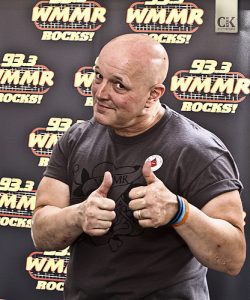 Steve Morrison is a radio personality on the Preston & Steve show on 93.3 WMMR in Philadelpha. Borin in Long Island, New York in 1959, Steve made the rounds as a stand-up comedian before embarking on a career in radio.

Preston & Steve show is a morning radio, comedy and variety broadcast on Philadelphia Active Rock station 93.3 FM WMMR featuring DJs Preston Elliot and Steve Morrison. The show, which originated at WDRE and then on Y100, both in Philadelphia, features daily telephone interviews, in-studio guests, celebrity impersonations, unusual news stories, and numerous sound clips and running gags. It broadcasts live on the radio as well as streaming audio via the station website from 6 a.m. to 10:30 a.m. EST, Monday through Friday, and is a featured podcast in the comedy section of the iTunes Store.