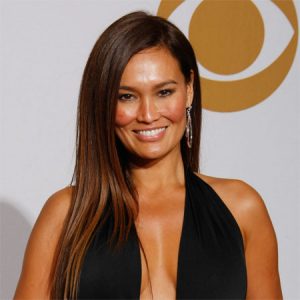 Tia Carrere was born Althea Rae Janairo in Honolulu, Hawaii. While attending Sacred Hearts Academy, Tia was discovered in a Waikiki grocery store and landed the female lead in the film Aloha Summer. Although her passion has always been singing (grandmother Rae took Tia to her first singing lesson at age 11), Tia would continue her ascent in the acting world with a regular stint on General Hospital as Jade Soong and a string of co-starring roles on MacGyver, Quantum Leap, Married With Children, and Friday the 13th, among others.

With her breakthrough role as Cassandra Wong in Wayne’s World and Wayne’s World 2 Tia was able to showcase both her considerable singing and acting chops. Wayne’s World was a worldwide phenom and set the stage for the evil femme fatale Juno Skinner in James Cameron’s film True Lies, opposite Arnold Schwarzenegger, computer whiz Jingo Asakuma in Rising Sun, opposite Sean Connery, and her own series lead of Sydney Fox on Relic Hunter.

Other work includes appearing on FX network’s Nip/Tuck, on Kelsey Grammer’s Back to You, in USA Network’s In Plain Sight, recurring as Cha Cha on HBO’s Curb Your Enthusiasm, and voice work on the Disney film and subsequent tv series Lilo & Stitch. Recently, Tia returned to her Hawaiian roots with four Grammy Award-nominated CDs, winning the Grammy Award twice, where she also co-hosted and performed during the ceremony. Tia performed some of her Grammy-winning Hawaiian music recently on CBS series Hawaii 5-0. Comedy Central’s television program Comedy Jam and their live comedy festival Clusterfest found Tia reprising her signature Ballroom Blitz performance from Wayne’s World. Tia also co-stars in the music video for Wiz Khalifs’s song ‘Stayin Out All Night’ which has received over 36 million views to date.