HBO’s Game of Thrones has ended after 8 seasons, 73 episodes, and more deaths than a maester can account for. Now that arguably the most epic series of all-time has ended, let’s take a look back at the incredibly journey from start to finish.

A few years ago, I published a blog post containing my reasoning for discontinuing watching Game of Thrones. However, I eventually came back to the series, catching up on seasons 5 and 6 ahead of the season 7 premiere. Myself and Cinescape guest writer Tristan Mayer both reviewed season 8, riding out the condensed season until its bittersweet ending.

Truly separating the show’s depiction from the stories set within George R.R. Martin’s A Song of Ice and Fire series was difficult for me at first, but upon coming to that understanding, getting back into the show was refreshing. Watching the stories unfold and wrap up was cathartic in the sense that I had spent so many hours with these characters, in both show and book form. Sure, there are going to be major differences in the coming novels The Winds of Winter and A Dream of Spring, but from the show’s point, it had to wrap up in such a way that it be both fulfilling yet dissatisfying, if that makes any sense.

Within this article I will discuss the story of Game of Thrones from start to finish, it’s highs, lows, and final thoughts on the series. The series finale has surely split fans down the middle, as season 8 had some major detractors.. With that, let’s get into the main story and the journey it took us on.

When we first enter Westeros, we’re sent north to the lands ruled by the Starks of Winterfell. Warden of the North Eddard Stark and family were setup as the main family early on, eventually taking a tragic turn of events in clashes with the rulers of Westeros, House Lannister (Baratheon initially), the deaths of Ned, wife Catelyn and son Robb. The remaining Stark children were scattered throughout both Westeros and neighboring continent, Essos, as other characters and major players emerged like Danaerys Targaryen, Jaime, Cersei and Tyrion Lannister, Varys “The Spider”, Petyr “Littlefinger” Baelish and so many more. 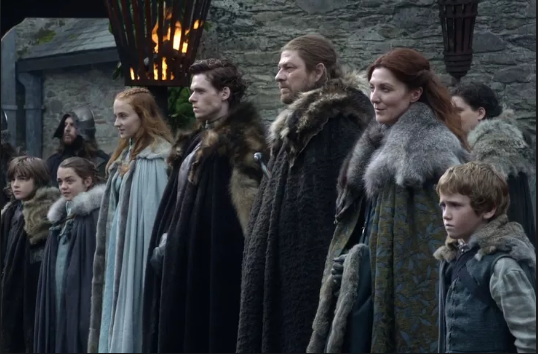 The more magical elements of the series, though sometimes confusing and never fully explained, added another tier to the cake of Game of Thrones (Hot Pie would definitely bake it!). The dragons, chiefly, were one of the highlights of the show. Watching their growth from stone eggs to giant, fire-breathing beasts made for great television, and watching their deaths was as heartbreaking as seeing a human character die.

Also part of this universe are other magical people, arts and practices such as the Red Priests of R’Hllor like Melisandre and Thoros of Myr, whom are able to conjur shadows, create fire and resurrect the dead. There’s also Bran Stark, whose Three-Eyed Raven powers allow him to see every event in human history, the power of warging (the telepathic control over other beings), greenseeing, face changing, and other various practices of blood & dark magic from the Shadowlands of Asshai. 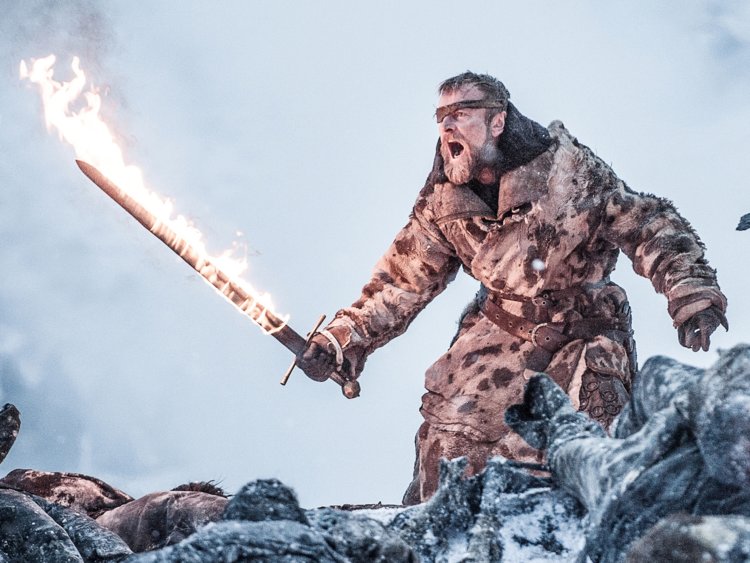 The magical elements played major roles in the story and the various prophecies foretold by different characters. Creatures like giants, direwolves, wights and White Walkers also exist along with the mythical Night King, who served as a major antagonist throughout the series until his demise at the hands of Arya Stark. Though such magic exists in this world, it’s refreshing seeing characters all believing or disbelieving in God(s). This juxtaposition added a sense of grounding to the series, keeping things within the realm of believabiity. 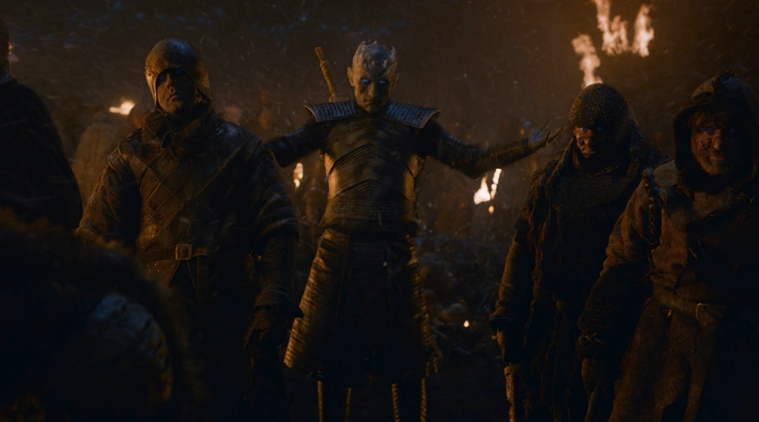 The political intrigue paired with scenes of incredible dialogue, intense violence, drama and fantasy backdrop made for incredible television. Each character and their arc delved heavily into various plans, plots, schemes, and betrayals, keeping us on the edges of our collective seats. The intensity of Game of Thrones was personified by the frequent killing of main characters such as the Starks, who were initially shown off to be major players, had 3 members murdered, one sent off to an island inhabited by cannibals, one that gained supernatural powers and is a shell of a human, and one revealed to be a secret Targaryen. 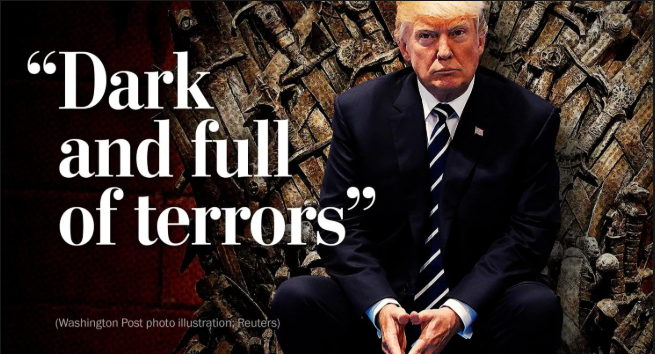 Characters like Varys, Littlefinger, the Lannisters, the Martells, the Tyrells, the Greyjoys and the Boltons constantly tipped the scales in the favors of various Houses, creating new alliances, enemies, leaders and wealth. With so many moving parts running the engine of Game of Thrones, it could be very easy to forget about certain characters or story lines. But the frequent callbacks to past scenes, events and conversations helped to bring things full circle by the series’ end. When you play the Game of Thrones, you win or you die. Boy, did a lot of people die.

Season 8 was tasked with wrapping up all major story lines as well as bringing viewers the big battles they’d been waiting for. The Night King and his army of the undead made their way to Winterfell, slaughtering thousands before being killed by Arya Stark and her Valyrian Steel dagger. Episode 3, which contained this battle, was one of the most captivating episodes of television I’ve ever seen. After winning the night, our remaining heroes say their goodbyes to their fallen comrades before heading south to wage war with Queen Cersei Lannister. 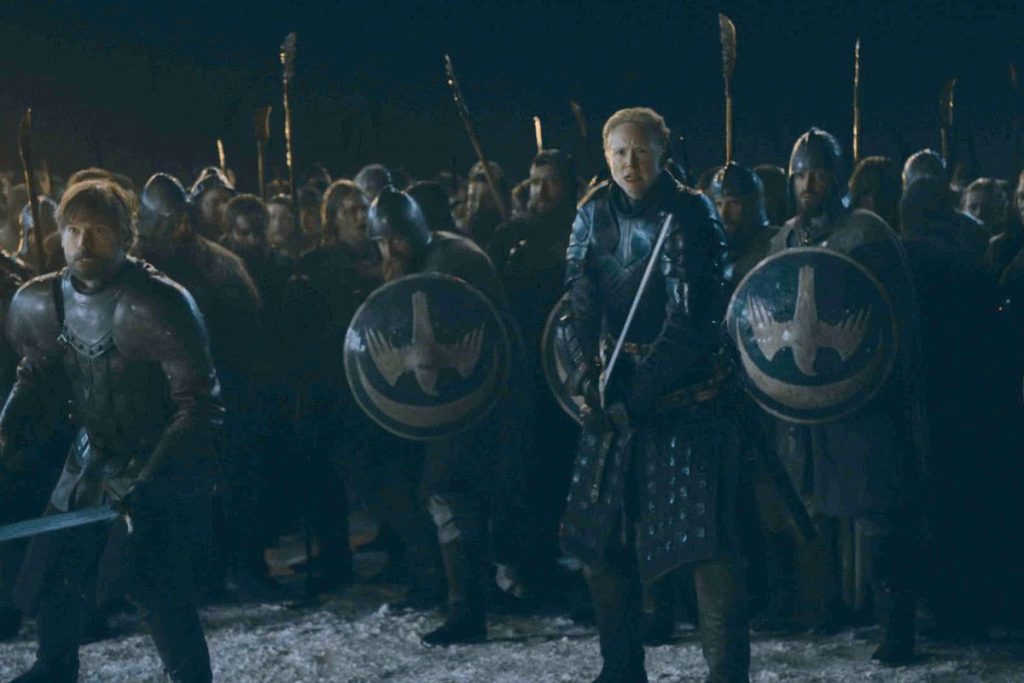 This Is The End…

Daenerys’s heel turn throughout season 8 certainly shocked and angered a lot of people, but her story was always headed to where it eventually ended. Her quest to “break the wheel” was, in a way, fulfilled with her death. The onset of a new age of a more democratic style of government is a brand new concept to this world, which will have major ramifications for any possible future stories set within this universe.

The Starks getting their ultimate comeback was great to see, as their individual stories and journeys were some of the most captivating parts of the series. Seeing each Stark move forward with new ventures brings a poetic closure to how their stories unfolded. The meta references to George R.R. Martin during the end sequences was masterfully done, as all book readers surely picked up on it. 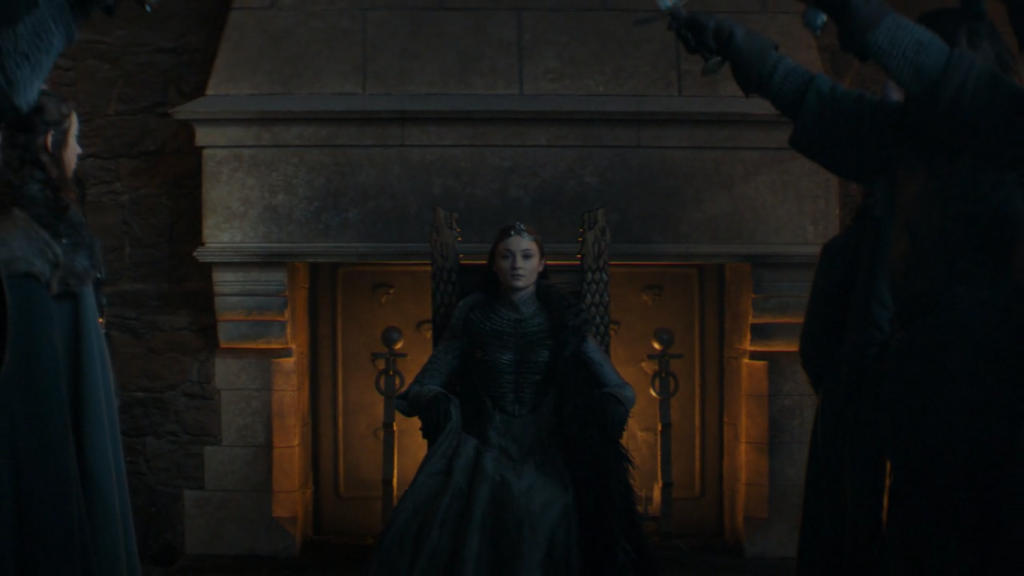 Throughout Game of Thrones, there were plenty of characters, locations, prophecies and objects introduced that weren’t very well fleshed out, explained or even given an ending. The “plot holes” sometimes left viewers angry, prompting numerous Reddit threads and other forum complaining. Some of the biggest sins of the series revolve around characters traveling to far away places very quickly in order to speed up story lines. This frequent trope led to rushed plots that often didn’t get enough time to develop, leaving characters and arcs unfulfilled. 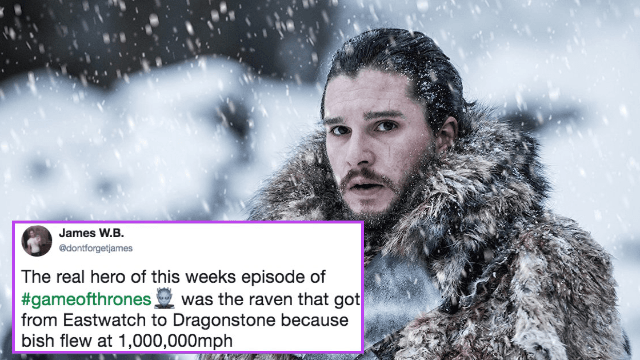 For a series with so much back story to mine from, the biggest downfall of this series comes from the fact that everything was very rushed. Game of Thrones is arguably the most popular show on TV, making big money for HBO. There was no reason this series couldn’t have gone at least 10 seasons or even 100 episodes. The fans clearly watch the show by the millions, making it a head-scratcher that the series wasn’t milked for all it was possibly worth. Then again, there are a number of prequel series in development to reel us all back in with.

Despite the flaws of the series and understanding that the events depicted within it are not the books, Game of Thrones was an incredible, epic series that will go down as one of the biggest pop culture phenomenons of all-time. The influence on the world has seen the naming of children and pets after show characters, online fandoms, podcasts, cosplays, conventions, tattoos and Youtube channels from fans from all walks of life.

Bringing in viewers by the tens of millions, winning numerous Emmy Awards and creating a worldwide craze, Game of Thrones delivered tenfold. Pairing the visuals of the series while reading the books has enhanced my reading pleasure as well, helping me to put faces to names on a page, engrossing me in the story. Overall, the characters, scenes, stories, battles and happenings within this world were simply amazing. Characters may not have always played out the way we wanted, scenes may have been to visually dark, and story arcs may have been abandoned, but for my money, this series was incredible. 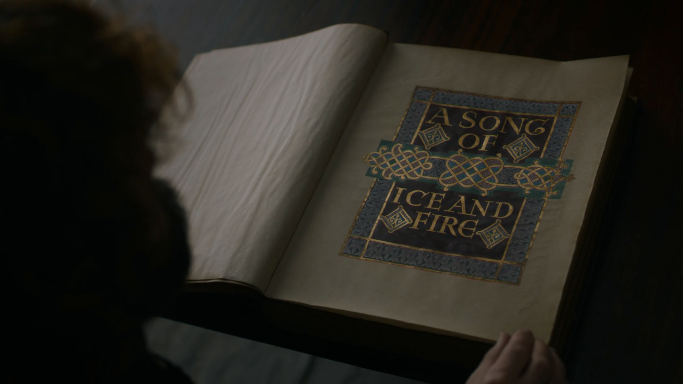 A complete series re-watch is definitely a must. Watching things play out with the knowledge of the ending will allow viewers to pick up on things they may have missed the first time around, so do yourself a favor and binge the whole series again to fill the void until one of the new prequel series airs. And now…our watch…has ended. Valar Morghulis. 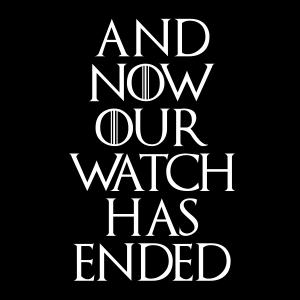 One thought on “And Now, Our Watch Has Ended…”