Game of Thrones is infamous for delivering major gut punches or action extravaganzas in their penultimate episodes every season, from the Red Wedding to the Battle of the Bastards.

This year, we got a ton of both flavors, as Dany’s arrival at King’s Landing explodes in a climactic action spectacle unlike anything ever seen on TV. However, despite the incredibly gorgeous visuals and strong acting, almost every twist this episode threw at us felt unearned, unfaithful and – at its worst moments – malicious. Scroll below to check out my review of the latest Game of Thrones episode, breaking down what I loved, liked, disliked, and hated about the episode – complete with detailed spoilers of everything that happens in this super-sized episode.

Through the Fire and the Flames

The biggest success of this episode comes in the absolutely fantastic visuals, giving us some of the most stunning images I have ever seen on screen. From massive wides of a dragon flying over and burning the city of King’s Landing, to intense and terrifying close ups tracking a disguised Jaime Lannister through the overrun streets he once dominated. Director Miguel Sapochnik delivers on bringing cinematic scope and artistic style to even the weakest scenes of the episode. Flames dance the streets and chaos erupts around them. 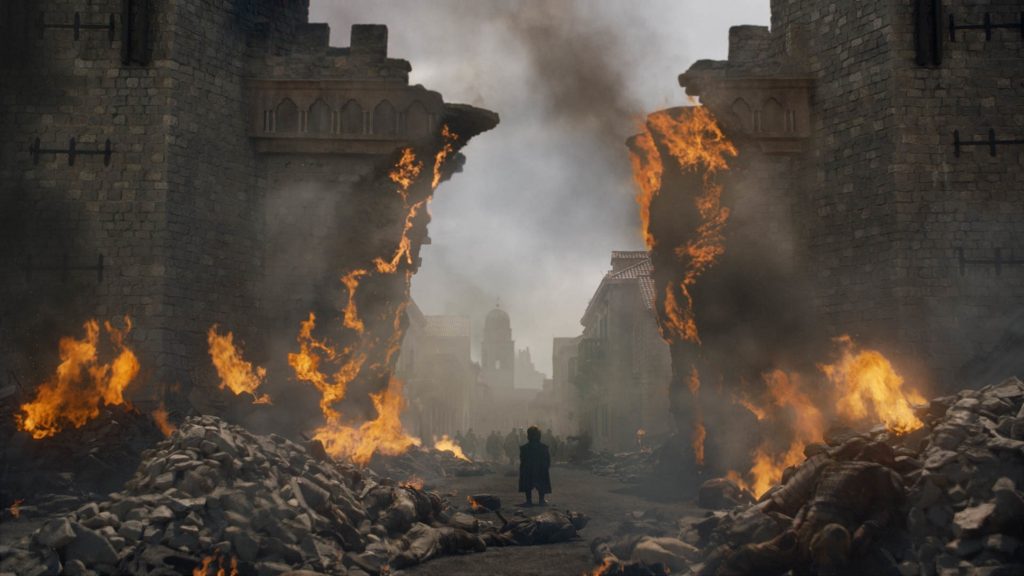 The ever-hyped Cleganebowl has arrived, and their showdown may have been contrived, but it was definitely satisfying and provided some great visuals as the city burns behind them and they fall into a pit of flame, calling back to the burning fire that kicked off their rivalry. The makeup and effects to make The Mountain look monstrous were also great and terrifying. The highlight of the episode’s cinematography and effects comes from Arya’s desperate run through the streets of the capitol, watching families burn and buildings crumble around her. This cements the terror and disorientation of watching the world fall apart around you as you desperately run for any form of safety – only to have it ripped away from you at every turn. 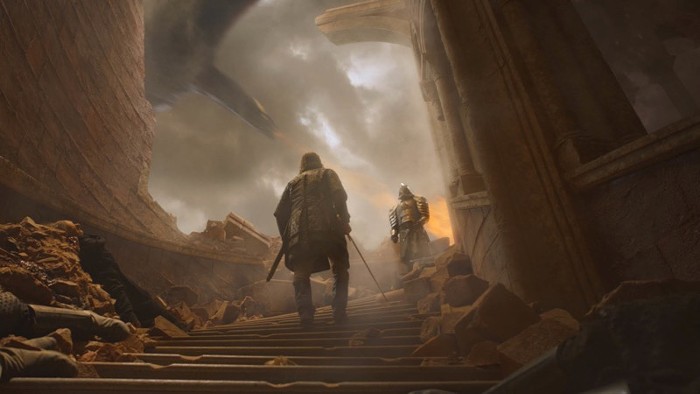 Once More, With Feeling

The cast continues to give some fantastic performances, many of them giving their best performances to date this season. This episode is filled with plenty of great performances of its own. Early on, we see what comes to be the final scene of Jaime and Tyrion together. We get a great moment from Peter Dinklage saying goodbye, and tugging at the heartstrings as we remember how far these characters have come together. Emilia Clarke also plays the mad, detached Dany fairly well in her scenes at Dragonstone. 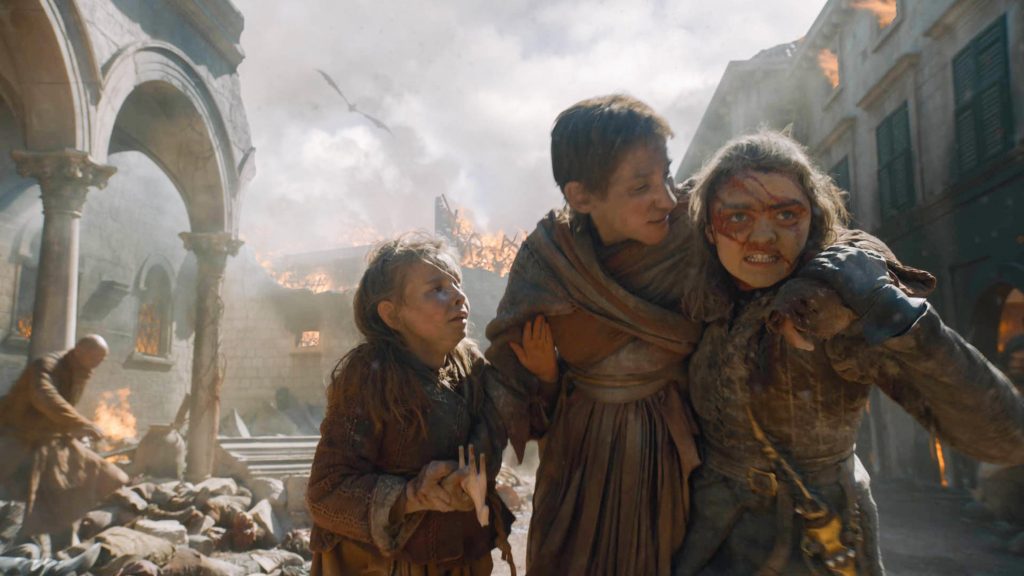 Maisie Williams as Arya continues to shine this episode, with a fantastic transformative and physical performance. Sadly, most of the characters are not giving much to do in the episode. Jon shouts orders and kills some Lannisters (and a Northerner) but he continues to be an inactive character. Dany spends the episode at the turn of her series-long arc to evil, however we barely see Emilia in the episode at all. The performers who are given moments deliver on them, but unfortunately many of the leading heroes are put to the side for spectacle.

Everyone Who Isn’t Us

Jaime Lannister caving to his darkest impulses and returning to Cersei is theoretically a fulfilling arc for an anti-hero, even if it is tragic. However, the execution of this arc is a massive failure, hurt mostly by the lack of available time in a shortened season. Rather than give Jaime time to reflect and make an active, earned decision to return to Cersei, Jaime’s decision is barely given a scene last episode and is pushed full force this episode when he confirms to Tyrion where his loyalties suddenly lie. His final scene with Cersei, where he calls back to his line disregarding everyone who is not them as irrelevant, does not feel faithful to his character after spending seasons learning that Cersei is not the woman he loved and that he is capable of a higher honor. Jaime’s return to the dark could have been a great end – if he was given any time for this reversion to build. 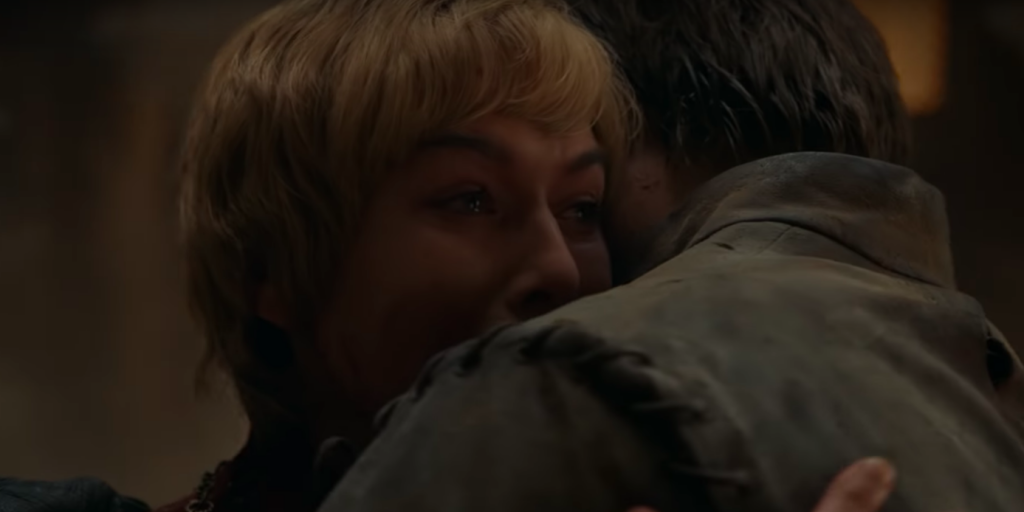 However, the biggest joke of the episode is Jaime having his final deadly showdown with Euron Greyjoy, nobody’s favorite character and the least interesting villain ever on Game of Thrones. To have a fan favorite character go down to a borderline-nobody character could be a surprising subversion of trope. However the ridiculous timing of Euron washing up on the beach, unharmed by dragon fire, right next to Jaime as he walks by was enough to make me laugh out loud. The fight is played as a climactic payoff of a major rivalry, however Jaime and Euron have barely spent time together, and far from enough to justify them as major foils to each other meant for the final fight.

Daenerys loses the Targaryen coin toss, repeating the terror her father was famous for and continuing a cycle of destruction in Targaryen lineage. Dany as the ultimate villain has been a theory since the start of the series, and there is plenty of evidence laid out from the start. A Song of Ice and Fire/Game of Thrones has always been about developing characters in a complex way and bending the moral divide of good and evil that is usually deeply defined, especially in fantasy. I was a fan of seeing Dany turn dark as her goal approached. Dany turning could have given us the most tragic long-form origin story for a villain ever as we watch someone with good intentions worth rooting for go through so much tragedy and loss that she loses sight of her own goals and turns to destruction. 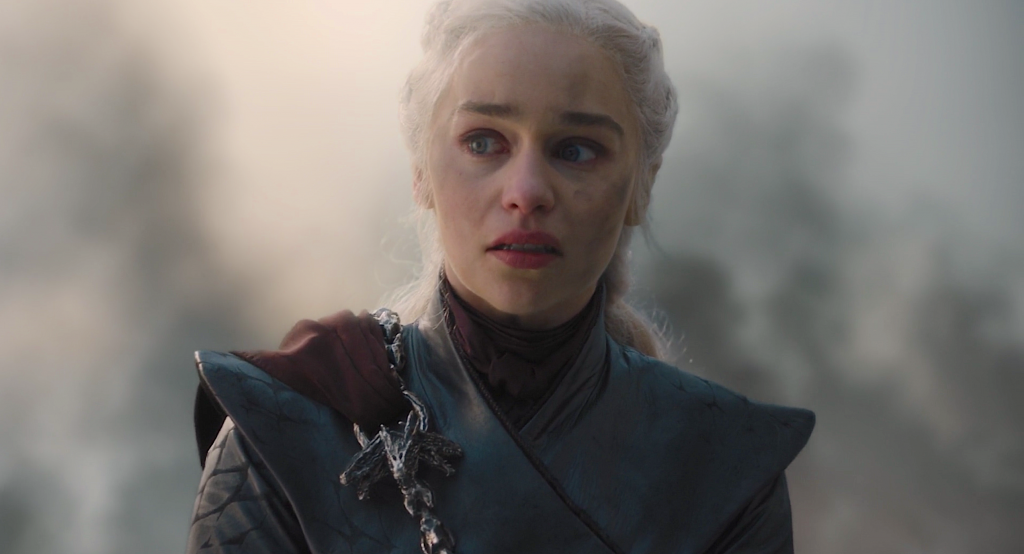 However, being theoretically satisfying and previously hinted at is not the same as being earned and satisfying. Hints of Dany’s darkness have always been there, in this season especially, however the turn from vengeful queen with a goal of leadership to a vicious murdering monster who kills for no reason was sudden and inexplicable. The complexity of the morality turn is erased in favor of shock value and subversion.

A reasonable turn to darkness would revolve around Dany doing whatever it takes to win the throne, or having her fiery revenge triggered by something to push her beyond the edge. But Dany does not burn the people of King’s Landing with any goal or through any inciting action. She simply goes bad. Watching our hero slaughter innocent people by the thousands for no real reason in excruciating, overlong detail is not just dissatisfying, it is maliciously cynical. It beats home a dreary and hopeless theme that goodness is impossible and that all who aspire towards it are doomed to fail, even if their failure is unearned and out of character. We also barely see Dany throughout this, making it even harder to attach the character to her actions. 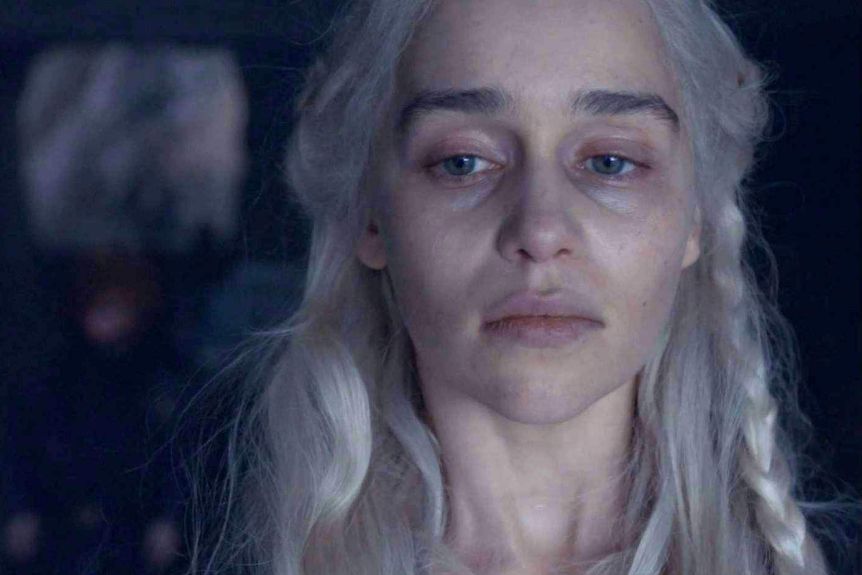 Dany’s turn to evil also makes almost all of our main heroes look like profound failures lead by blind loyalty to a queen surrounded by destruction. Tyrion is established through the series as a smart political advisor, always able to talk his way out of problems to make up for his lack of physical prowess. This season, Tyrion is blinded by loyalty and talks Dany into several significant political failures. Jon is talked up as a good-hearted, hot-headed military leader out for the good of the realm, even if it means breaking Night’s Watch vows and bucking tradition. This season, Jon is a puppy dog to Danny, refusing to accept that she may be a flawed leader. Jon conflicted with his leaders in the Night’s Watch since the day he arrived. He literally died for defying those who once commanded him because he knew the action was morally correct despite consequences for himself. Are we really to expect that Jon would refuse to question or stand up to Dany when he sees the signs around her?

Dany’s turn to the dark side not only belittles her own character, but it also causes irreparable damage to the character arcs around her, turning several fan favorites into sidelined fools. It embodies the writers’ tendency in this season to focus on quick pacing and subverting expectations at the cost of the characters within. They have spent nearly a decade building character arcs and developing the world around them, and it is profoundly dissatisfying to see all this work abandoned through a rushed, undeveloped final twist.

Next week is the last week! The week to end it all. Can HBO, David Benioff, and D.B. Weiss pull off the impossible to unite a shattered fanbase and end the series strong? Or will the final season continue to be divisive until the bitter end? Surely almost all of next week’s episode will focus on the aftermath of Dany’s turn. Lines will be drawn and alliances will be made, and I would struggle to see how any character could come down on the side of Dany. I will place my bet that Dany does not make it out of the finale. She will likely die in the arms of Jon or Tyrion as they are the only characters she has built a connection to. With this season’s emphasis on subversion, though, I would not be surprised to see her die at hands of another character such as Arya or Sansa or even Greyworm. As King’s Landing has been left in ruins, I could see the leadership being moved to Winterfell, Dragonstone or another large House capitol left standing. After witnessing the aftermath of power corrupted, I don’t believe Jon will take the throne himself. I still stand by my prediction that Jon will head North by the end. I could see Gendry ironically taking the throne after he was legitimized by Dany last episode. Sansa will most likely lead in the North, and Arya will probably wonder the wilds of the West or Essos beyond the Seven Kingdoms. 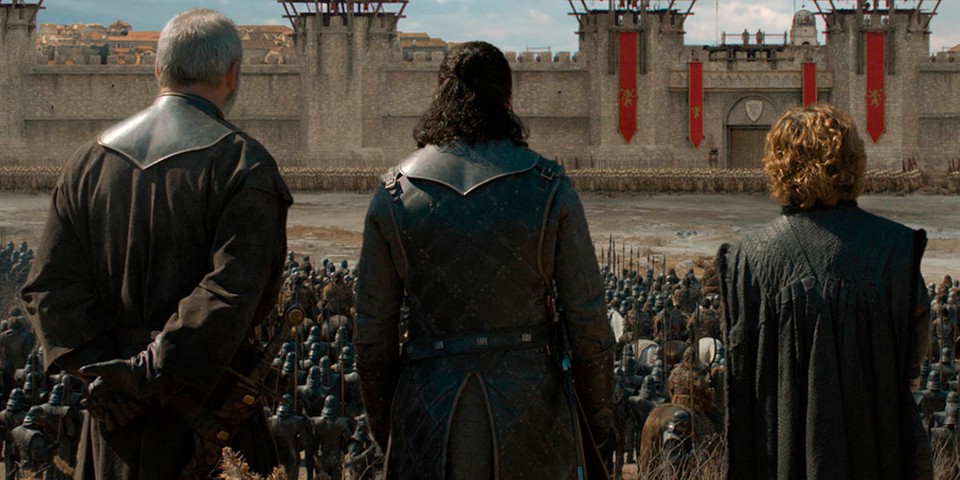 Tyrion does not deserve any office of power after his failure with Dany, however I believe he will end up in a high position within the small council, or whatever board of advisors remains in the ash. Bran Stark also could have a strong position as an advisor, if he can turn his objectivity and knowledge into something productive. George R. R. Martin has talked about wanting a bitter-sweet ending, and this week is VERY bitter, so I would expect some heartwarming moments with the remaining Starks, final drop ins from surviving characters, and an ultimate note of hopefulness for the future. However, after this episode, it is very possible that anything predicted or established could be thrown out the window on a whim, even if it was established by George himself.

This episode seems to be incredibly divisive. I would love to hear what you thought on the comments below, regardless of where you fall on the scale of reception. It is impossible to believe we are only one episode away from the end of an era, and, for better or worse, we will all be there to see it. Check out www.tristanmayermedia.com for more of my work, and hang out here at The Cinescape for reviews and news from all of nerd culture.