After almost two years, Game of Thrones is back for one final season. With the long wait and shortened episode number, the pressure is on for HBO, David and Dan, and everyone involved to deliver the best Game of Thrones can be before it all ends.  How did this premiere hold up to the years of speculation?  Jump below to find out my spoiler-filled thoughts on the latest episode. 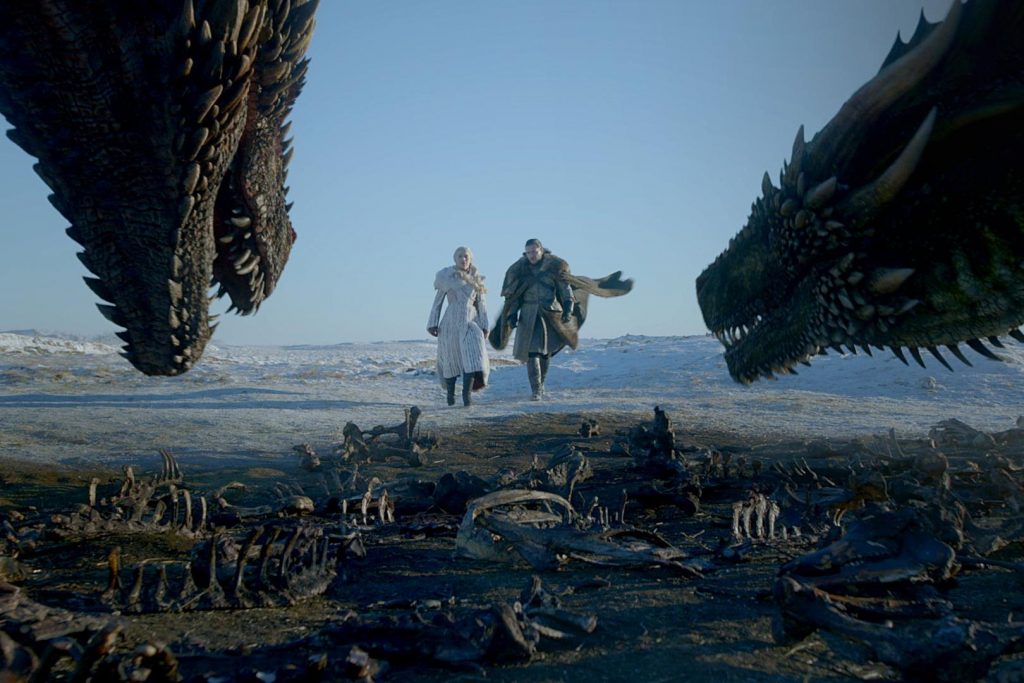 For the first time in generations, likely since Aegon the Conqueror, dragons have arrived at Winterfell.  Much like with Aegon’s arrival, these dragons carry a Targaryen looking to claim the Seven Kingdoms as their own.  However, Dany comes hand in hand with Jon Snow, the sort-of King In the North. The power dynamics that Dany’s arrival creates for Jon and the rest of the North is the most fascinating and potentially significant part of this premiere episode.  The Northerners are prideful and xenophobic, and Dany arriving with their King at her feet did not sit well with many Northern houses, and their unease with a foreign leader hangs over every scene in Winterfell. Sansa asserting herself as a foil to Jon and Dany could set up a furthering of this rift, especially if the truth of Jon’s parentage comes out.  Perhaps Sansa is the queen the North will remember.

Jon’s sticky struggle to maintain loyalties of the North due to his relationship parallels Robb’s downfall prior to the Red Wedding.  After Robb decided to marry Talisa for love rather than politics, he quickly loses the faith of many priority Northern houses. Ultimately, it is another Northern house, The Boltons, that bring Robb down, seeing an opportunity to get in good with the victors and take the North for their own.  Could we see another Northern coup, this time against Jon? Where will Sansa’s loyalties come down in this conclusion? Likely the threat of the White Walkers will keep the North shakily united for now, but this complex confusion for power in Winterfell is sure to continue in the episodes to come.

Reunited and it Felt Too Good 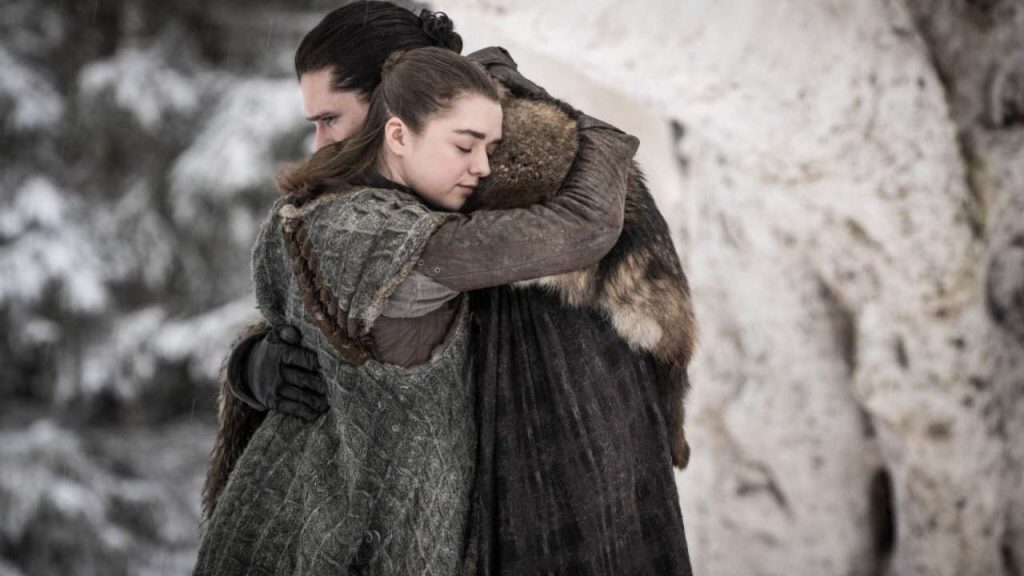 One of the biggest draws of this final season is the reunions of the many characters we have spent so many years with.  In this episode, we pay off many of these anticipated moments, and some are better than others.  Sansa reunites with Tyrion in one of the strongest scenes of the episode.  Both characters have come very far since the first season, and Sansa’s new political confidence shines here. At the forefront of these reunions is Arya Stark. She returned to Winterfell last season and is now given the chance to reunite with several characters from which she had been separated.  Her reunion with Jon is heartfelt and genuinely satisfying after being separated since the second episode of the series. For all they’ve changed, this moment together brings both characters back to the hug they shared so many years ago. And for a moment we are left wondering what could have been had these characters’ lives not been shattered.

Arya also reunites with Gendry in another great scene, very obviously teasing a potential romance storyline between the two.  I predicted last week that Arya would make it out of the series and live on her own outside Westeros; perhaps Gendry can be her rowing partner.  Arya’s reunion with The Hound is the first path cross I did not buy as well as the others. This reunion is cute, but it is a little too cute for Game of Thrones.  Arya and The Hound coming to such clean of a reunion after the way they left things feels like the showrunners patching up holes; and while it is not a bad scene, it did feel like much was left unresolved.  The Hound was on Arya’s kill list last time we heard it.  Will she really let that vengeance die so quickly?  Perhaps we will revisit this dynamic in future episodes.

Faint Joy from the Greyjoys 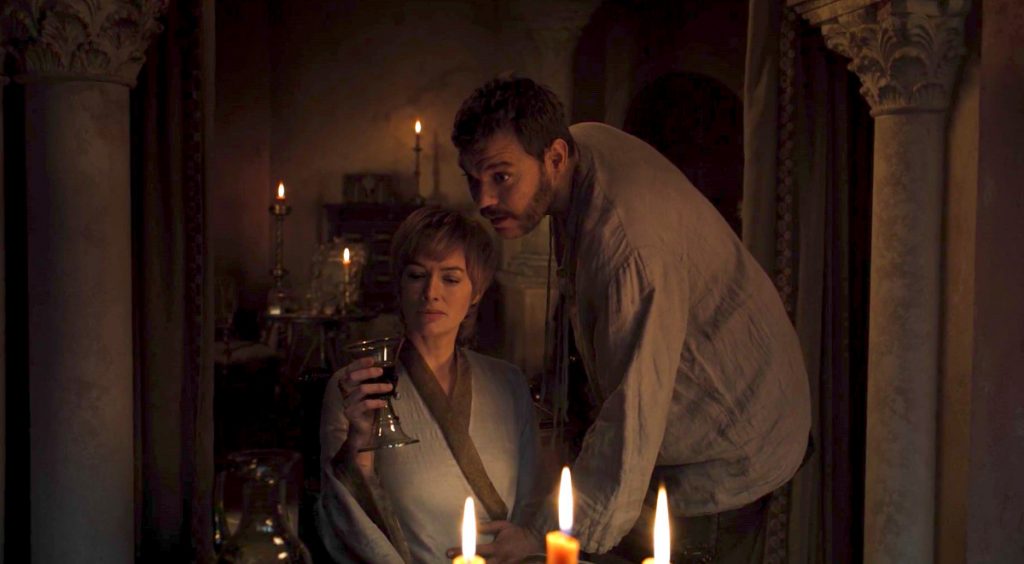 The Ironborn have always been a rocky patch of the major cast.  They’re certainly no Sand Snakes, but it can be hard to invest in characters that feel so far removed from characters we care about.  We certainly sympathize with Theon, however, he is rarely listed as a favorite character. His rescue of Yara and return to Winterfell feel very rushed and are clearly there just to quickly get both characters back to where they need to be for the coming wars.  Euron is a strange character that constantly feels like he is slightly off tone from the world around him. The series is attempting to build a sly and fun villain to play against Cersei as the King’s Landing cast grows thin, but the playful arrogance of Euron can feel out of place among the high stakes struggle around him.  At this point, many of the Greyjoys seem to be around simply to provide numbers for armies, and surely many of them will not be making it through the finale. With only a couple of scenes this episode they are not a significant flaw, but with so little time left, it is hard to argue that time with the Greyjoys is time well spent.

What Happens Next Week? 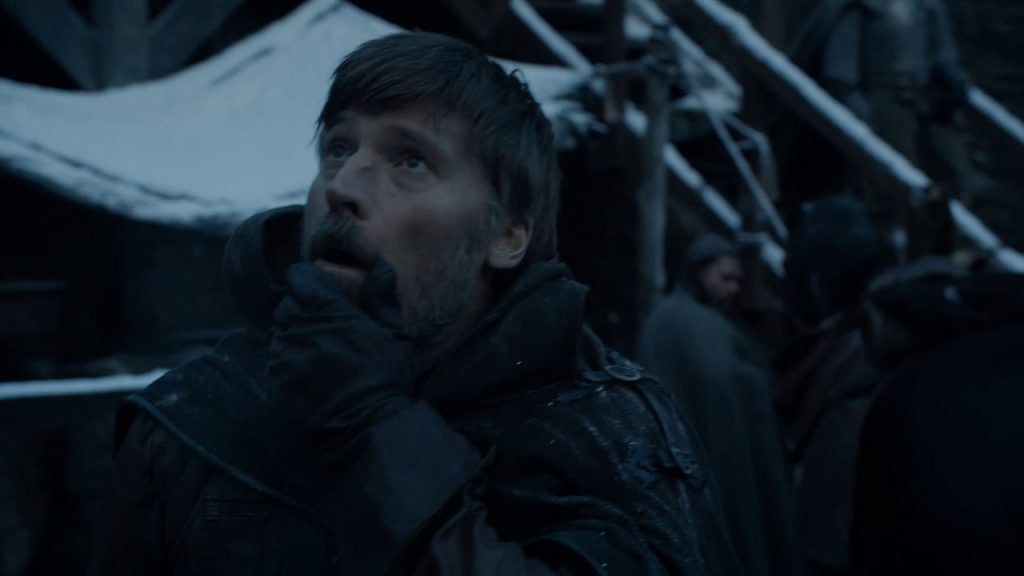 Next week’s episode is set to pay off the cliffhanger of Jaime’s return, a moment I anticipated heavily in my pre-show article.  Jaime has a significant history with every major character in Winterfell, and much of it is entirely unresolved. How he is able to sell himself as an ally to Dany will be fascinating and I find it hard to believe that a semi-fractured North will take well to The Kingslayer next to their King in the North.  We will likely see Jon further explore his own past, and this could widen a rift between Jon and Dany as well as Jon and Sansa. Jon will probably try to keep this secret to himself, but I am sure it will not keep that way for long.  How Jon and the people around him run with this news will surely be a major aspect of the coming episode.

We will also see Winterfell prepare for the White Walkers.  With the reveal towards the end of the episode that the wights are significantly close to Winterfell, the battle for the North may be closer than many believe.  If this battle is to come in the third episode as many have predicted, we may see the early moments of that fight as early as next week. It feels very early to deal with White Walkers, but it is also hard to imagine how they will delay the plot much further.

Coming soon on our Game of Thrones Coverage… 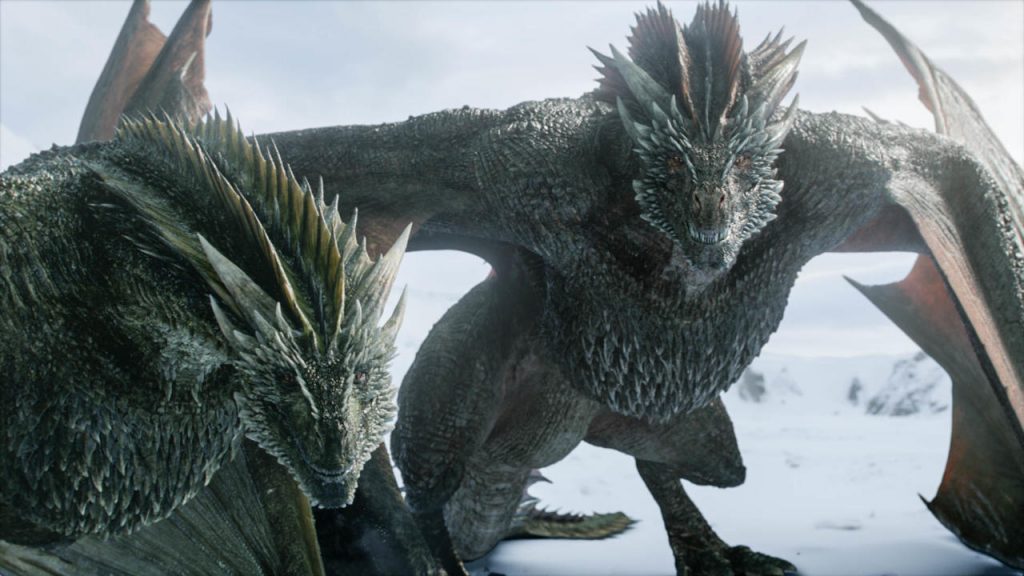 One episode down, only five to go.  What did you think of the first episode?  Any predictions on where things are heading next?  With so few episode left, we are sure to get plenty of big moments soon.  If you want to read more of my thoughts on Game of Thrones, or read weekly movie or and TV reviews, follow me at TristanMayerMedia.com.  You can find my review of Episode 2 of Game of Thrones here next week.