The Netflix side of the MCU has been an up and down ride. While both seasons of Daredevil have been stellar, Jessica Jones, Luke Cage, Iron Fist and The Defenders have seen their share of criticism. The Punisher has come to put boots to asses and reinvigorate our faith in the darker side of the Marvel world.

Jon Bernthal’s Frank Castle first appeared in Daredevil season two and immediately had a major impact on the Netflix portion of the MCU. Fans instantly began calling for a spinoff series and were rewarded last year during San Diego Comic Con when the first images began to surface. The wait is finally over, as season one has finally arrived. 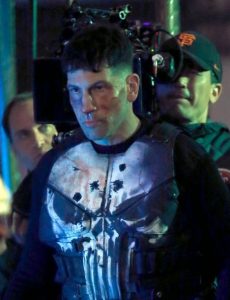 This 13-episode season was filled with many subplots, twists and turns. With the crux of the story seeing Frank out for revenge after the death of his family, he is also enveloped in different arcs involving the Department of Homeland Security, the CIA, NSA, NYPD and the security firm, ANVIL. While there were some slower scenes and episodes, they all served the overall story extremely well and paid off brilliantly.

Starting off on the positive side, Jon Bernthal’s portrayal of Frank Castle/The Punisher was outstanding. He absolutely nailed this character in every way imaginable. His character was very deep and complex. Frank deals with the death of his wife and children, the betrayal of the US military, his own PTSD stemming from his time in Afghanistan,  and the betrayal of his former best friend, Billy Russo. This man took an insane amount of beatings, gun shots, knife wounds and blunt force trauma that made what Matt Murdock/Daredevil went through seem like a bee sting. 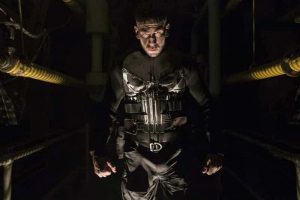 I absolutely loved every facet of what Bernthal brought to this series. He was intense, brutal, gruesome and then seamlessly shifted to being quiet, reserved, sympathetic and even nurturing. His interactions and relationships with different characters like Dinah Madani, David Lieberman/Micro and his family were a joy to see develop. In particular, his relationship with Micro was really special. After initially intending on killing the man, they ultimately began to trust each other and were even willing to die for each other. I’m very much looking forward to seeing what these two can accomplish in future season of this series, as Micro is Frank’s “eye in the sky”.

Comparisons between The Punisher and Daredevil regarding the extreme violence will surely be making the rounds on the internet, but The Punisher goes above and beyond. This series was insanely graphic and brutal regarding the violence and murder shown. The manner in which Frank rips through people without a second thought was ridiculous (in a good way). The flashbacks of Frank’s time in Afghanistan were also particularly gory. And can we talk about the end battle with Billy for a moment? Watching Frank destroy his face was so cringe-worthy I actually almost had to look away from the screen. Ben Barnes did a phenomenal job playing Billy Russo. He was charming, deceitful, and also a total badass. I’m very glad he wasn’t killed off, as he will later become the villain, Jigsaw. 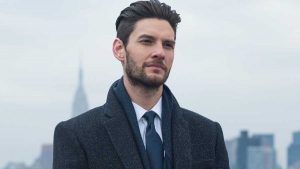 Aside from the violence, I really got into the different plots. This season had the feel of Showtime’s Homeland regarding military and government aspects. Watching Frank, Madani and Lieberman uncovering the truth about the events in Kandahar was really interesting. Seeing the lengths people like Bennett, Schoonover, and Rollins went through to cover their tracks definitely makes a person wonder what kind of shady things our government is really doing behind closed doors.

I was very impressed with how much the writers went into topics like life in the military, its traditions, and the after effects soldiers face after coming home. Having the support group as a part of this season was such a nice touch. It was also very tragic seeing the character of Lewis Wilson struggle so badly after his time overseas, eventually losing his mind and becoming a terrorist of sorts. 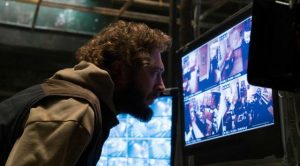 The ancillary characters were also very well-developed: Dinah Madani, David Lieberman & family, and the “main” villain, Billy Russo. It was almost a total bummer seeing Billy’s heel turn halfway through episode 5 after seeing just how close he and Frank were. They were the best of friends, even being as close as family. The revelation that Billy knew about the murder of Frank’s family was particularly heartbreaking after seeing flashbacks of him interacting with the Castle family. The kids even called him Uncle Billy. Russo never got over the fact that he was orphaned as a child and wanted so badly to use his past to make sure no one could ever hurt him again, regardless of what he had to do to make sure of it.

I really don’t have too many things to say about what I didn’t like about this season. Sure, there were some slower sequences here and there, but as I mentioned earlier, everything was developed so well that the little things eventually added up. Even though I couldn’t stand David’s son, his rebellious nature caused his and his mother’s kidnapping. People may complain about Madnani for different reasons, but she was essential to the overall plot.

The slower points are definitely the ones that require watchers to be the most focused. I found myself missing things here and there because I became distracted and then had to go back and re-watch scenes. While this may seem like an annoyance, it shows the depth of the story because of the smaller intricacies. 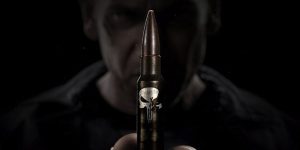 As I reflect on this season, I can’t help but be overjoyed at the finished product. This season gave me everything that I wanted and expected. The storylines were great, the characters were great, the action was great. Though we did see some familiar characters like Karen Page, Turk and Schoonover, it would have been cool to see some of the other Defenders or at least get some kind of mention of them, even if they didn’t have a prominent role to play. At the same time, I totally understand their absence as there wasn’t a need to have them in for story purposes.

This is the Marvel that I love: gritty, violent, deep. If you’re someone who loves the “fun, lighthearted” flavor of the film side of things and purely just want fluff, this may not be the show for you. If you want your heroes with an edge and want to see how well a character can be developed, you’re in the right place. Season two, whenever it gets a release date, is sure to be just as great if not better than this first go-around.

2 thoughts on “The Punisher Season 1 Review”